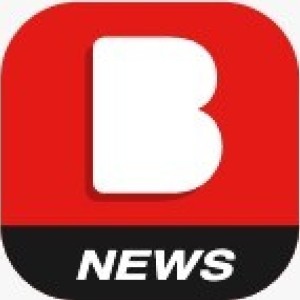 D.O.A. is a 1988 American neo-noir mystery thriller film and a remake of the 1950 film noir of the same name. While it shares the same premise, it has a different story and characters. The film was directed by Rocky Morton and Annabel Jankel, and scripted by Charles Edward Pogue. The writers of the original film, Russell Rouse and Clarence Greene, share story credit with Pogue. It stars Dennis Quaid, Meg Ryan and Charlotte Rampling, and was filmed in Austin, Texas and San Marcos, Texas

A man staggers into a police station to report a murder. When the desk sergeant asks who was murdered, he answers: “I was.”

That man is Professor Dexter Cornell (Dennis Quaid), who then sits down to video-tape his account.

Thirty-six hours previously, Cornell is on campus. He is a college professor, was once a promising writer, made his name and is secure in his tenure, but he has spent the last four years going through the motions and playing it safe. “Publish or perish” is the contrasting rule of university politics and Cornell helps his friend Hal Petersham (Daniel Stern) with his first book.

While Cornell is in his office, a promising student, Nick Lang (Robert Knepper), jumps off a building right outside his office window in an apparent suicide. This, coupled with the depressing Christmas season, unseasonably hot weather, and a pending divorce from his estranged wife Gail (Jane Kaczmarek) who he suspects was having an affair with Lang, leads Cornell to seek out the local bars for a night of heavy drinking. There he meets admiring student Sydney Fuller (Meg Ryan) and they proceed to get drunk.

The next morning, Cornell, feeling his sickness is more than just a hangover, stops by the campus medical clinic for a checkup. After running some tests, they discover that he has been poisoned and has 36 hours to live. An incredulous Cornell staggers out to try to make sense of it all.

Aided by Fuller, whom he kidnaps by super-gluing himself to her arm, he attempts to recreate the events of the previous night hoping to discover who could have murdered him. The list of suspects includes his wife, who is also the victim of a murder, which the police make half-hearted efforts to pin on Cornell.

It is learned that Lang was not a suicide but was also murdered. Cornell also suspects Lang’s mentor; the wealthy widow Mrs. Fitzwaring (Charlotte Rampling). Bernard (Christopher Neame) the Fitzwarings’ chauffeur and Graham Corey (Jay Patterson), a jealous co-worker.

In a subplot, it is explained that Lang’s college tuition was being paid for by Fitzwaring; despite having shot Lang’s father years ago in self defense after he broke in to her home and killed her husband. Lang’s death however is a harsh blow to both Fitzwaring and her irresponsible daughter, Cookie, who in a drunken rant, reveals to her mother’s alarm, her and Lang’s sexual escapades.

Later, after a skirmish with Bernard results in Cookie’s unfortunate death, Fitzwaring finally reveals to Cornell that Lang was her son from a previous marriage she walked away from to marry her wealthy late husband, without actually finalising the divorce with her former spouse.

But when the jilted lover later brought this revelation to the late Mr Fitzwaring. He threatened to cut her off from their daughter, forcing Fitzwaring to shoot both men to silence them.

Now with both her son and daughter dead. Fitzwarring ends her own life through suicide.

In the end, at the police station, Cornell has solved the crime. His friend Hal Petersham had read and was so impressed by Nick Lang’s manuscript that he decided to kill Lang and steal the novel for himself. However, this involved killing anyone who knew that Lang was the original author, including Cornell and his wife, who was in possession of a copy Lang had given her.

The tragic irony for Cornell however was that due to weariness, he instead gave Lang’s novel a pass without ever having read it. Petersham however shows no remorse, callously stating it was Cornell’s own fault that he believed he had.

Yet, had Petersham bothered to warn Cornell immediately after learning this, Cornell may have had a chance.

After a scuffle, Cornell shoots Petersham, who then falls to his death out his office window. Cornell resigns himself to his fate.